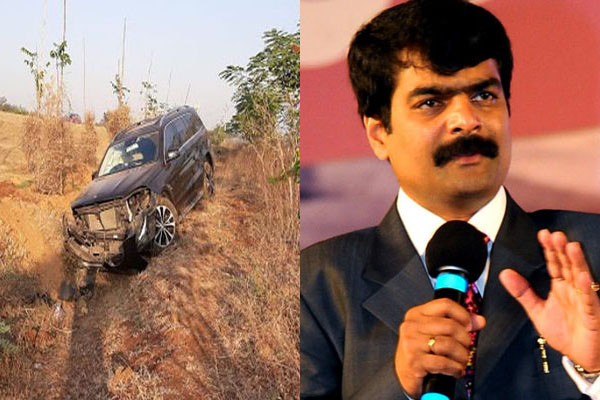 CM Jaganmohan Reddy’s brother-in-law Anil Kumar escaped from a major accident near Jaggaiahpeta in Krishna district. His car was badly damaged in the incident. The iniured Bro Anil Kumar was immediately rushed to the MJ Naidu Hospital in Vijayawada where he was given initial treatment.

YCP leaders arrived at the hospital after coming to know about the accident. There is no major injury to the CM relative.

Anil Kumar has been an active Christian missionary and evangelist. He is holding gospel meetings all across for several decades. The YCP leaders had a big relief after they found out that Anil didn’t suffer serious injuries. Dr MJ Naidu held necessary tests and later discharged Anil.