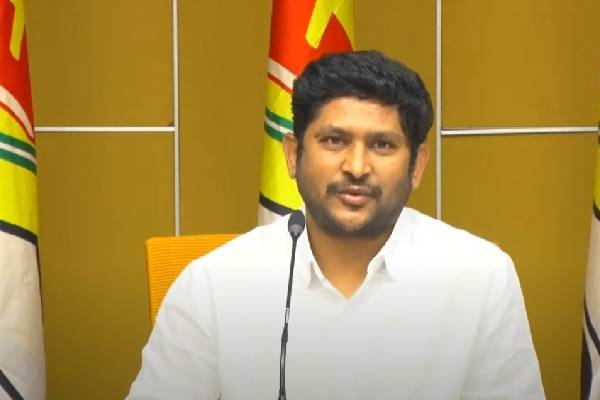 TDP official spokesman, G V Reddy, here on Thursday said that the Jagan Mohan Reddy government was shamelessly taking credit for the companies with which agreements were entered into during the TDP regime.

“Agreements with the companies to launch their units in the state were entered into during the TDP rule. The Jagan Mohan Reddy government is only laying the foundation stone for these units and is shamelessly taking credit,” Reddy said. He further said that Chandrababu Naidu, as chief minister, visited several countries and entered into agreements with companies after convincing them to launch their units in the State. The ATC Tyres company is one among them and Chief Minister Jagan Mohan Reddy and other YSRCP leaders have been campaigning that it is the credit of their party to get the unit to the State, Reddy said.

To launch any manufacturing unit, it takes a minimum two years-time and to start production it will take another two years. Chandrababu Naidu held discussions with the ATC company in 2018 and entered into an agreement after making all the promises to the company, including allotment of land and other benefits.

The company got itself registered in 2019 November and began its production now. But Jagan Mohan Reddy is publicising that it is he who is responsible for the company launching its unit here, the TDP leader stated.

These are not shell companies to launch their units within such short period as Jagan Mohan Reddy is claiming, Reddy said and stated that after the YSRCP came to power several companies have shut down their units in Andhra Pradesh, he said adding that the State stood on top position in ease of doing business from 2016 to 2019.

If companies are ready to move to Andhra Pradesh why the youth are migrating to neighbouring States in search of employment, the TDP leader asked. The Amar Raja Battery unit was almost ready to move out of the State only because of the harassment by the YSRCP Government, Reddy said and stated that Jagan Reddy always believed that development means not getting companies to the State but distributing money to the people.

The YSRCP leaders should spell out the names of the companies that launched their units after the party came to power, he asked and said that the prices of petrol and diesel are the highest in the country. Reddy wanted the ruling party leaders to stop taking the people for a ride at least now.