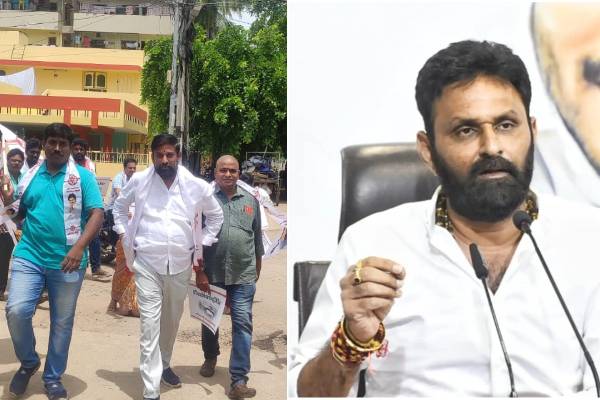 The Jana Sena activists alleged that Kodali Nani had failed to fill the potholes for the road leading to his own house. The damaged road leading to the former minister’s house was not repaired by the state government in the last three years, they said.

As they were marching towards the former minister’s house, the local police reached the scene and stopped the Jana Sena activists to move forward. The activists raised slogans against the police and the chief minister for using force against the silent protestors.

When the police tried to arrest the Jana Sena activists, they protested and questioned the police under what sections they are being arrested. They raised slogans against the police asking them to go back.