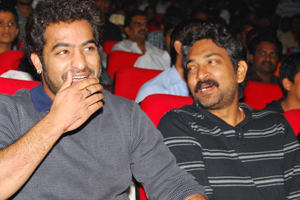 S.S.Rajamouli is basking in the glory of the success of Baahubali. Recently he gave a television interview to a leading channel and he made some interesting revelations. It is known to us that S.S.Rajamouli’s dream project in Mahabharata. Rajamouli revealed that he will cast Jr.NTR as Lord Sri Krishna in this epic saga. Rajamouli further went on to say that Jr.NTR is the only available option for the role of Sri Krishna if and when he goes on to make Mahabharata. This came much to the delight of this talented actor’s fans who are ardent fans of Rajamouli as well. Considering the acting prowess of NTR, we have no doubt that he will be a perfect fit for this role.