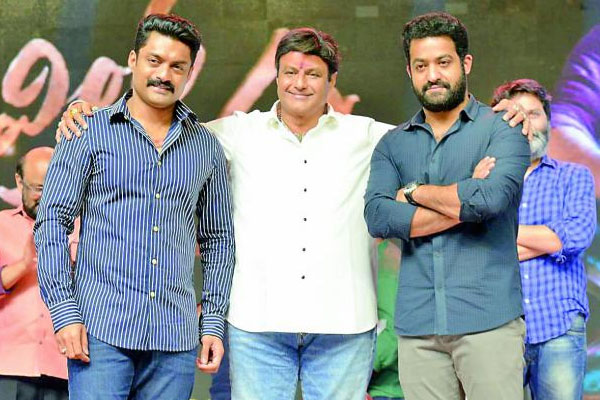 Nandamuri Kalyanram who dream’t of working with his babai Balakrishna is making his dream true through NTR. He is reprising the role of his father Nandamuri Harikrishna in this prestigious biopic. Kalyanram revealed that he was left amazed when he saw Balayya in NTR’s role during his first day of shoot. He was left thrilled and expressed his excitement with his babai.

Clearing the air and keeping an end to several speculations, Kalyanram revealed about the bonding between Balakrishna and Tarak. “I heard several things about babai and Tarak that they are not in good terms. The audio of NTR has been released through the hands of Tarak. He is a Superstar now and we are not in a mood to bring him into the film through a role that doesn’t justify his stardom. Babai wanted to respect Tarak through the audio release event and there are no differences between them as speculated. If he gets a small role, Nandamuri fans will sure be disappointed and hence we decided not to experiment with Tarak and leave our fans in disappointment” said Kalyanram.