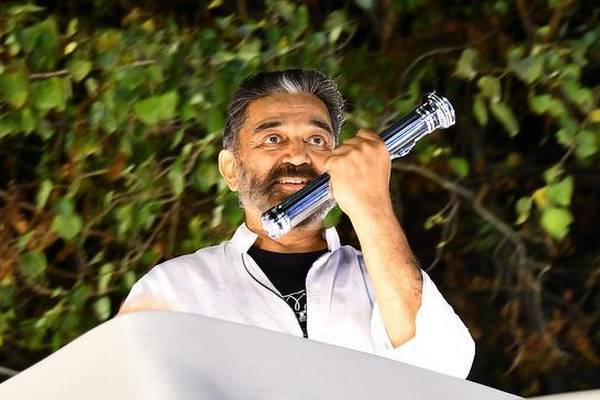 Tamil Superstar Kamal Haasan is back with a bang and the top scored a massive hit with Vikram. During a recent interaction, Kamal Haasan said that the film earned Rs 300 crores worldwide and he is on his way to clear his debts. Kamal has been away from commercial success for the past few years and the actor is also busy with his political engagements. Kamal Haasan revealed that he would continue doing films and he would use the funds for his political party. “If you allow me to act, I will earn money and will clear my debts. I want to be a good human being” told Kamal.

The top actor got the much-needed boost with Vikram and he is lining up projects. Kamal is keen to produce films on Raajkamal Films International and he announced a sequel for Vikram. Kamal and Suriya will work together soon and an official announcement too will be made soon. Kamal is also producing a bunch of films on his home banner with other actors and talented directors. Vikram is in its second week and the film is raking decent revenues all over. Vikram is the highest-grossed Tamil film of 2022.