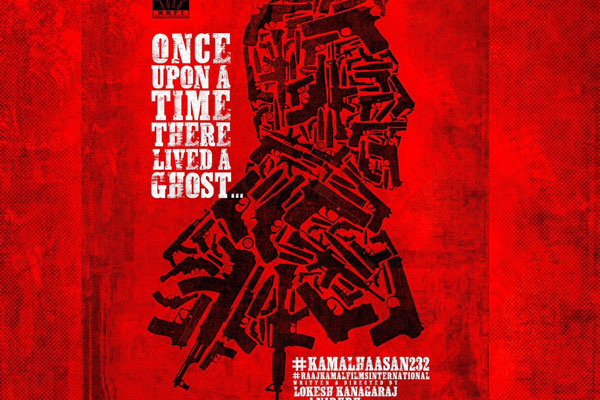 South Indian Superstar Kamal Haasan has been waiting for a perfect comeback as none of his recent films ended up impressive. The veteran actor is also focused on politics and he could not dedicate his time completely for films. His 232nd project got announced today and it will be directed by Khaidi fame Lokesh Kanagaraj. Kamal Haasan’s home banner Raajkamal Films International will produce this prestigious project. The makers announced the film today with a poster with a caption ‘Once Upon A Time, there lived a Ghost’.

Anirudh will compose the music and background score for this action thriller and the film is aimed for summer 2021 release. More details about the film will be announced officially very soon. The movie is tentatively titled Evanendru Ninaithai. Lokesh Kanagaraj completed his recent film Master featuring Vijay in the lead role. The film will hit the screens soon.