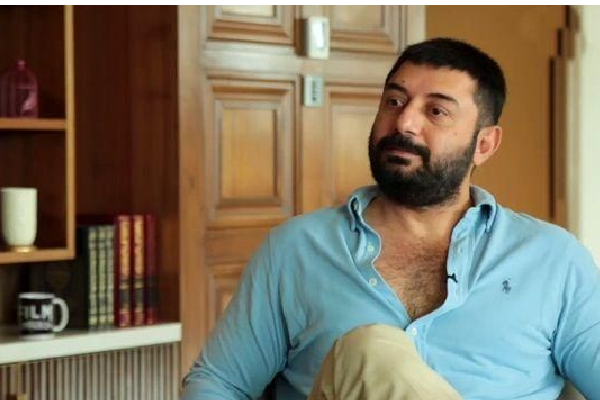 Director AL Vijay’s Thalaivi, starring Kangana Ranaut in the character of Jayalalithaa and Arvind Swami as M G Ramachandran, will be releasing in theatres on September 10. The film’s pre-release event in Hyderabad is attended by the lead cast and the technical team.

Arvind Swamy said, “It’s been a wonderful experience for me. I started to work for films 30 years ago and worked in various languages. It’s good to be back in Hyderabad. I’m totally thrilled to be back with Thalaivi. It’s a very special film for me. The process of working for the film is absolutely magic for me. Kangana outdid our expectations with her performance. I congratulate her for shouldering this film. We saw the film recently. It’s an extraordinary film.”

Kangana Ranaut thanked everyone associated with the project. She specially thanked Vijayendra Prasad for suggesting her name for the film. “I don’t know anything about Tamil politics and Tamil film industry. Vijayendra Prasad told me I’ll suit the role. After I saw the movie, I think he’s right. I thank my producers Vishnu ji, Shailesh ji and Brinda from bottom of my heart, for taking up a project of a woman-centric with this kind of budget which is not known to any industry.”

Kangana has called her director AL Vijay the most humble and talented director.