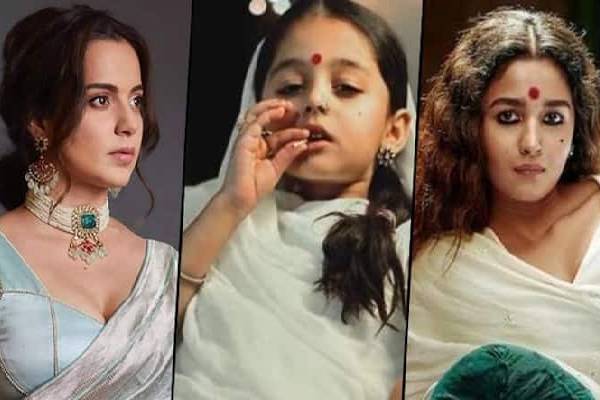 Sanjay Leela Bhansali’s upcoming movie Gangubai Kathiawadi presents Alia Bhatt as a sex worker and the film is based on a real-life incident. Bollywood sensational actress Kangana Ranaut took a dig at the film’s promotions. She commented on the girl enacting Alia Bhatt’s dialogues from the film. Kangana said “The government should take strict against the parents who are sexualizing the underage children for money to promote the biopic of a famous prostitute and pimp who supplied girls to former Prime Minister Jawaharlal Nehru and rose to power…request @SMRITIIRANIOFFICIALJI Minister of Women and Child development, please look into it”.

She also pointed out at the child who was seen with a beedi in her mouth. Kangana questioned if it is okay to sexualize a girl at this age. Kangana posted the video of a girl who reprised Alia Bhatt from Gangubai Kathiawadi. Kangana Ranaut also tagged Smriti Irani on her Instagram story. The actress who is frequently into controversies expresses her views and never hesitates to criticize her co-stars. Alia Bhatt is currently promoting Gangubai Kathiawadi and the film is carrying terrific expectations.