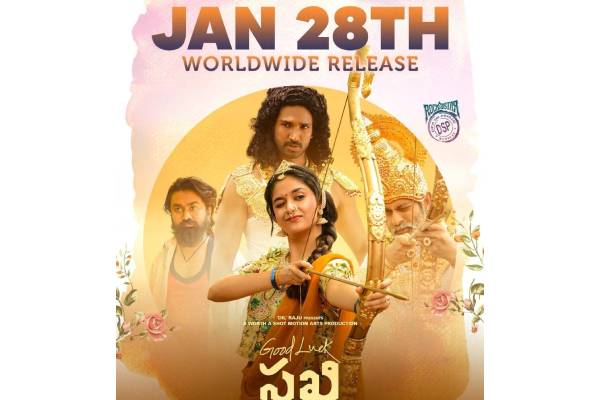 Keerthy Suresh confirmed the release of her film on Twitter. She tweeted: “We are so excited for you guys to see ‘Good Luck Sakhi’ in theatres near you from January 28.”

The film’s release has been postponed twice. It was originally supposed to hit screens on November 26. The release however got postponed to December 10.

Worth a Shot, the production house behind the film, then said that “due to unforeseen issues” the film would be “arriving on New Year’s Eve (December 31, 2021)”. The film did not hit screens on December 31 as well.

Finally, it is now all set to be released on January 28.

The film, billed as a romantic sports comedy with music by Devi Sri Prasad, is about how a girl, believed to bring bad luck to everyone, including her fiance who meets with a premature death, emerges as a champion sharpshooter.