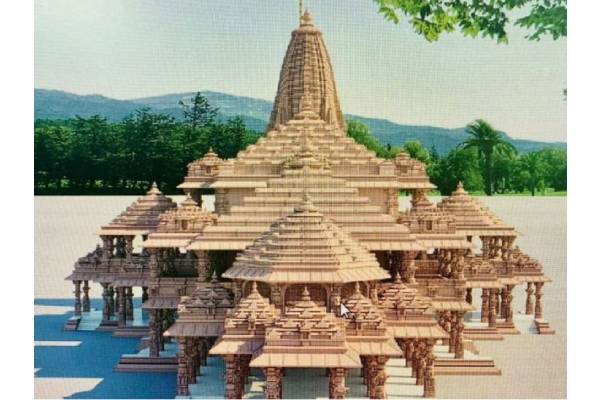 With the elections to the UP assembly fast approaching, the bJP is speeding up the construction of the Ayodhya Ram Mandir. The first phase of the work has since been completed. The concretisation of the temple has been completed. Another layer of Mirzapur Sandstone and Karnataka Granite would now be laid. According to Rama Janmabhoomi Teertha Kshetra Trust general secretary Champat Rai, the temple would be completed as per the schedule.

Meanwhile, a meeting of the trust board was recently held where the progress of the works was reviewed. The temple would be completed by 2023, a year before the Lok Sabha elections. The Trust has collected money from various sections of the society and from all parts of the country through a massive crowd funding exercise. The BJP government has taken it as a very special programme for itself ahead of the general elections.