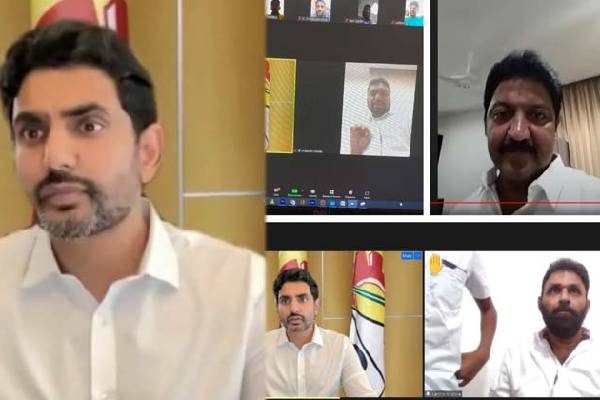 Two of the ruling YSR Congress leaders have intruded into the virtual meeting of TDP general secretary Nara Lokesh on Thursday, giving a surprise to everyone. Shocked and annoyed, Lokesh hit the ruling party and the state government hard, blaming them for its failure to conduct the SSC examinations.

Lokesh also hit at the YSR Congress leaders for intruding into his meeting only to disturb the meeting. He dared them to answer his questions on the SSC examinations and the poor results where over 2000 students failed.

He alleged that the YSR Congress leaders were also intruding into the private lives of the people, besides indulging in several irregularities. He said that the government had failed on all fronts, taking the state backward.

As Lokesh was criticising the government and the ruling party, both Vamsi and Nani left the virtual meeting.