Talented and sensible filmmaker Krish did a small budget film during the pandemic season. The movie is titled Kondapolam and is inspired by the novel penned by Sannapureddy Venkatrami Reddy. Vaisshnav Tej and Rakul Preet Singh played the lead roles in Kondapolam. The film was announced for release on October 8th and the makers released the trailer of the film today. Kondapolam is a realistic attempt without any commercial ingredients. Mostly shot in the forests of Vikarabad, Kondapolam narrates about the challenges faced by the families who depend on raising sheep in forests.

Vaisshnav Tej comes from a small village who fails to settle in Hyderabad and takes up the profession of his father. Kota Srinivasa Rao, Sai Chand and Nazar will be seen in other important roles. Kondapolam trailer looks realistic but it is slow paced. Rakul plays a village belly and the love interest of Vaisshnav Tej. Firstframe Entertainments produced the film and MM Keeravani composed the music. 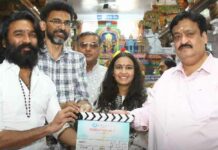 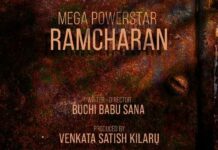