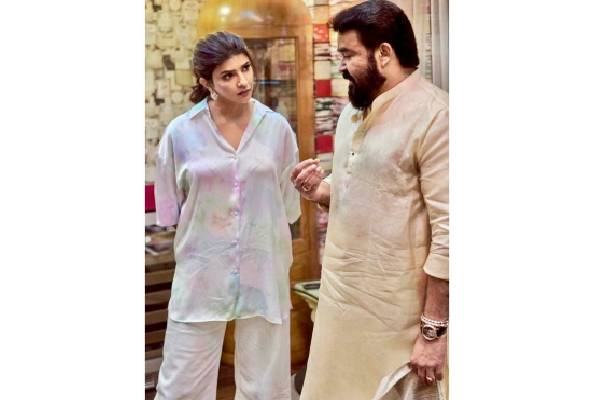 Lakshmi Manchu has announced her Malayalam debut with Mohan Lal. Lakshmi is all set to share the screen with Mohan Lal in his upcoming movie titled ‘Monster’.

The ‘Gundello Godari’ actress, who even commenced shooting for ‘Monster’ in Kochi, seems excited about her Malayalam debut. The actress mentions her role as challenging, as she also hints at “the various shades” of her role in ‘Monster’.

Sharing Mohan Lal’s poster from ‘Monster’, the actress wrote, “The cat is finally out of the bag!! New Language, New Genre!!! Super duper excited to be shooting My first Malayalam film with the one and only!! Cannot wait to showcase what we’ve got in store for you. Having the best time shooting this film Mohan Lal”.

The movie ‘Monster’ is being directed by Vysakh, which is being produced by Anthony Perumbavoor under the banner of Aashirvad Cinemas. The makers commenced the shooting on November 10, and are to complete the current shooting schedule soon. On the occasion of its launch, Mohanlal shared the first look poster.

Mohan Lal is featured in a turban-clad look in the poster, as he will be playing the role of Lucky Singh in the movie. Lakshmi would feature in an important role, in the Vysakh directorial, which is slated to hit the screens in early 2022.