South actress Lavanya Tripathi says the quarantine time has made her revisit a couple of years old photoshoot pictures.

Lavanya took to Instagram, where she posted a picture of herself. She is seen dressed in a beige top, her hair is tied up to a messy bun. She completed her look with minimum make-up.

“Throwing back like never before.. Lol this quarantine period has made me revisit a couple of years old photoshoot pictures.. Pictures I thought weren’t good enough, but now I’m starting to like them. This is how quickly we change as a person,” Lavanya wrote alongside the image.

She added: “It’s better not to remain angry or sad about anything for too long, because in a couple of years you’ll grow out of it.. And the same petty things that made you angry or sad, will make you laugh.”

The actress will next be seen in Telugu film, “A1 Express”, co-starring Sundeep Kishan. The film, which is reportedly a remake of the 2019 Tamil film “Natpe Thunai”, is directed by Dennis Jeevan Kanukolanu. 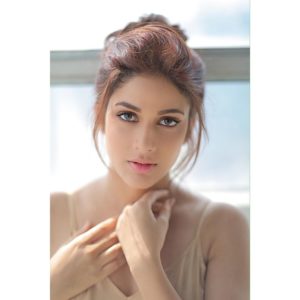