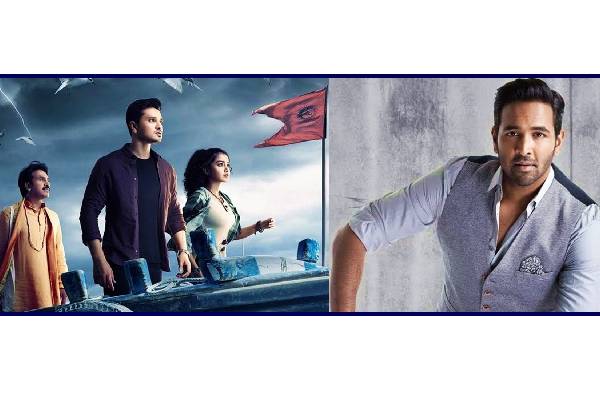 The post-production procedures for the movie ‘Karthikeya 2,’ starring Nikhil Siddhartha and Anupama Parameshwaran, were finished earlier this year. But the film has been repeatedly delayed, which has left the production team extremely disappointed.

Speaking about it, Nikhil Siddhartha said that internal politics had hampered the release of his film.

In this context, Vishnu Manchu extended his support to ‘Karthikeya 2’. Vishnu had written on his Twitter, “My brother @actor_Nikhil I am always there. Stay strong. As everyone agrees, Content always wins. Looking forward for #Karthikeya2”.

Nikhil Siddhartha, who responded to Vishnu’s tweet wrote, “Vishnu Bhai, your words mean a lot to me and #Karthikeya2 team”.

Nikhil Siddhartha, Anupama Parameshwaran, Sreenivasa Reddy, and others play pivotal roles in the mystery-based thriller, which will be released soon.