Switch to: తెలుగు
Home Movies Movie News Maharshi : What exactly is the team trying to prove? 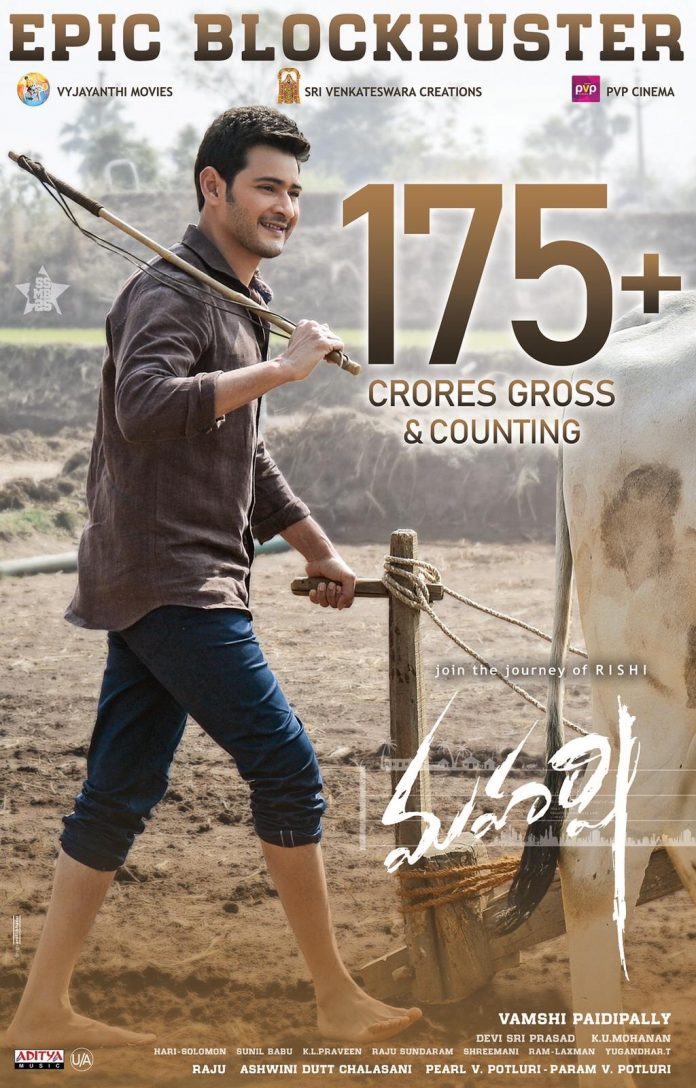 Summer biggie Maharshi has surpassed Bharat Ane Nenu and emerge as the career highest grossing film for Mahesh Babu. As the film is sold for exorbitant prices, distributors in many areas are yet to enter the safe zone. But, that doesn’t stop the makers of Maharshi from claiming it as an epic blockbuster as they continue to release posters to promote the collections. Yesterday, they have released a new poster announcing that the film collected 175 Cr gross till now

Mahesh Babu’s wife Namratha Sirodhkar claimed it as the fastest film to touch the mark and expressed her joy through the Instagram page. Even Mahesh Babu has openly regarded Maharshi as his career biggest hit during the post-release promotions. It is very surprising to know what are they really trying to prove with these numbers as it is an open fact that the overseas and Ceded distributors are already staring at a huge loss as the film performed very badly in the first two weeks.

Usually, Telugu films perform well in Summer season in domestic circuits and many big ticket films in the past emerged as box office hits despite very average content. Allu Arjun’s Sarrainodu and Ram Charan’s Racha are the best examples as they emerged as one of the top 5 grossing films at that time. They were profitable films for all distributors of the domestic market. But, that is not the case with Maharshi as it is likely to incur losses in areas like Nellore and Ceded.

Despite being a loss venture in some areas of the domestic market and Mahesh Babu’s strong zone Overseas, Namratha and co are very desperate to promote Maharshi as the fastest film to touch 175 Crores. What exactly is the reason behind their desperation and What are they trying to prove?