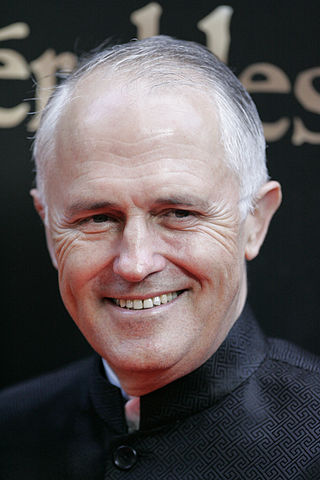 Malcolm Turnbull has seized the prime ministership from Tony Abbott by 54 votes to 44 in a late-night vote that transforms the federal political landscape and presents Bill Shorten with potentially a much more formidable opponent.

Turnbull’s victory culminated an extraordinary day, which saw him launch his challenge with a scathing public assault on Abbott’s failures, followed by bitter counter-attacks from ministers backing Abbott as he fought a desperate rearguard action.

Foreign Minister Julie Bishop, who joined the Turnbull push and went to Abbott before Question Time to tell him he had lost his party’s support, was re-elected deputy leader, defeating Abbott-backer Kevin Andrews 70 votes to 30. Bishop had indicated she would not serve as deputy if Abbott held his job.

Turnbull, with a big task to unite the party, will comprehensively reshuffle the ministry with Treasurer Joe Hockey a certain casualty and Social Services Minister Scott Morrison favourite to replace him.

Turnbull’s victory reverses the defeat that Abbott imposed on him in 2009 in opposition.

A moderate, Turnbull has consistently outpolled Abbott as preferred leader. His victory – which comes despite the suspicion of him by many Liberals in the right-leaning party – reflects the deep fears of an election loss under Abbott.

The day began with most Liberals believing that although a leadership contest was nearly inevitable, it probably would not come this week in the run-up to the Canning byelection.

Abbott, speaking in Adelaide on Monday morning, tried to shrug off talk of a leadership spill, saying he was not going to get caught up in “Canberra gossip”.

As Abbott was on his way to Canberra, the Turnbull camp was plotting its strategy.

Turnbull met Abbott after Question Time to tell him he would challenge, and to resign as communications minister. He then went out to lambast Abbott’s failures when he announced his candidature at a news conference.

Turnbull said Abbott had not been capable of providing the economic leadership the nation needed and would not be able to win the election. A new style of leadership was needed, including “advocacy not slogans”. The trajectory was clear; the Coalition had lost 30 Newspolls in a row. “It is clear the people have made up their mind about Mr Abbott’s leadership.”

Announcing the party meeting, Abbott said the leadership should be earned by a vote of the Australian people and the Liberals should avoid “Labor’s revolving-door prime ministership”.

The leadership uncertainty has dogged the government all year, with an unsuccessful spill motion moved by backbenchers in February. Turnbull did not put up his hand because he did not have the numbers.

Morrison, a key figure on the right of the party, flagged before the ballot that he would vote for Abbott but would not seek to be deputy leader.

The Abbott camp rolled out a string of ministers to try to discredit Turnbull before the party meeting, which started at 9.15pm.

Hockey denounced Turnbull’s claims about bad economic leadership, saying they were “completely unfounded. He has never said to me or to the cabinet that we are heading in the wrong direction.”

Hockey said that the “disloyalty of some has been outrageous”.

Senate leader Eric Abetz said it was a question of “core beliefs not personalities”. Like other Abbott backers, Abetz said the “flood of messages” to Liberal MPs was clear: “one, keep Tony Abbott as PM and, two, don’t behave like the Labor Party did”.

Andrews said office telephones had been in “meltdown” with messages of support for Tony Abbott. “The party base overwhelmingly supports the PM as do our Coalition partners the Nationals.”

Andrews said there was a clear choice. On the one hand, Abbott had shown he could fight and beat Labor in two elections. On the other hand, Turnbull had never fought an election as leader.

“He talks today about being behind in the Newspolls. Don’t forget that he never actually won a Newspoll when he was leader,” Andrews said.

Nationals leader and Deputy Prime Minister Warren Truss confirmed before the meeting that while the leadership was a choice for the Liberals, any change would require a new Coalition agreement. This is expected to be a formality.

Truss praised Abbott, saying he had been a “very inclusive leader” and “the progress and the processes of government have been very constructive and well organised”.

The Turnbull camp did not hit the airwaves with a bevy of public figures before the vote. But strong Turnbull supporter senator Arthur Sinodinos, John Howard’s former chief-of-staff, said there needed to be a change of both style and substance in national leadership.

“I believe Malcolm Turnbull can bring real substance to the economic debate. He will lead from the front,” Sinodinos said.

Canning Liberal candidate Andrew Hastie, a former SAS officer, said in a statement: “People have called me today worried about this byelection, that somehow events in Canberra have made my job more difficult. And believe me, in my previous career I’ve experienced much worse.