Switch to: తెలుగు
Home Movies Movie News Mani Ratnam to direct Nani in his next 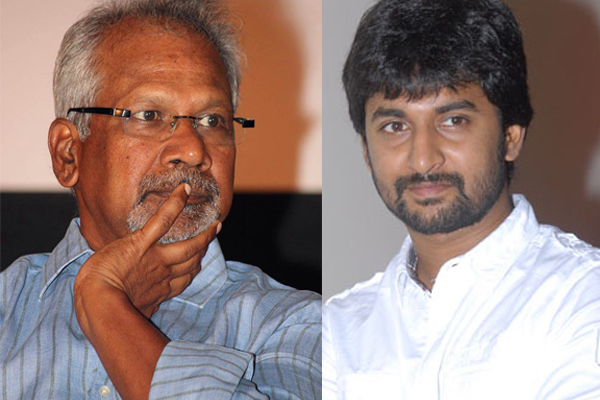 Natural star Nani is riding high with the massive success of Bhale Bhale Magadivoy. If the sources are to be believed, there is a good news for Nani fans out there. This Eega star who is a die hard fan of Mani Ratnam has signed a movie with the legendary director.

According to sources, Dulquer Salmaan was initially approached for the film but when he could not accommodate his dates, Mani Ratnam knock the doors of Nani who immediately gave a green signal. However, an official confirmation is yet to be made.

This Telugu-Tamil bilingual also features Karthi in the lead role. Nithya Menen and Malayalam actress Keerthy Suresh were roped in for this revenge drama.

AR Rahman will be composing music for this untitled film which is expected to roll in December.