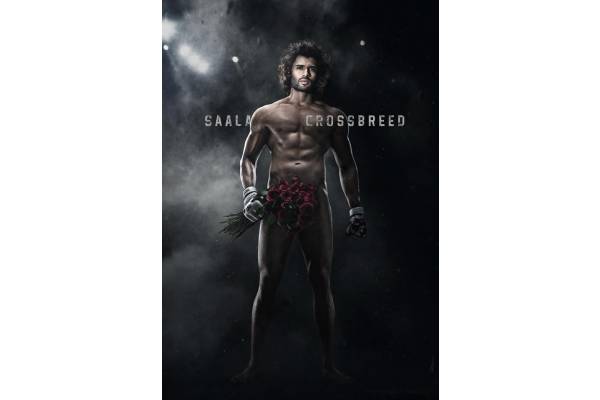 Puri Jagannadh is directing his first Pan India project Liger that also marks Bollywood debut of Vijay Deverakonda. Ananya Pandey is the heroine, while Mike Tyson will be seen in a crucial role in the movie produced by Charmme Kaur.

The makers today released a new poster. Vijay Deverakonda stuns as he wears nothing here. Of course, the actor worked out rigorously for his character in the movie. But one definitely needs to have courage to go this bold for a movie and Vijay is a gutsy star.

Recently, a song was filmed in Mumbai in a big set and the shooting part has almost been completed. The makers will up the game in promoting the movie which is slated for release on August 25th.