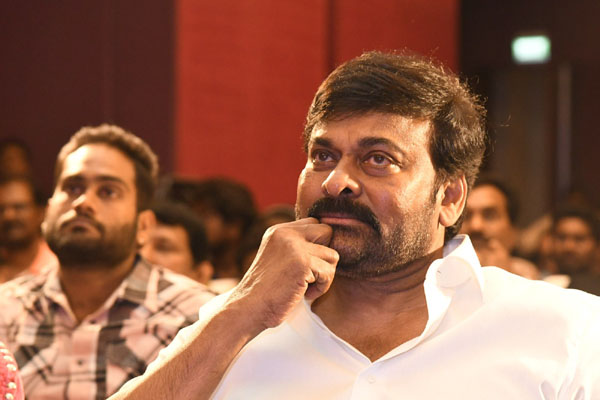 Megastar Chiranjeevi attended the pre-release event of O Pittakatha as a special guest. During his speech, he accidentally announced the title of his next film Acharya. He soon recollected himself saying that the title was not officially announced. Acharya is already speculated across the circles of social media after the makers registered it with the Film Chamber. Now, Megastar made it official now.

The shoot of Acharya is happening in Hyderabad. Koratala Siva is the director and Mahesh Babu will play an important role in this social drama. Trisha plays the female lead and Manisharma is composing the music. The film is slated for August release. Ram Charan and Niranjan Reddy are the producers.