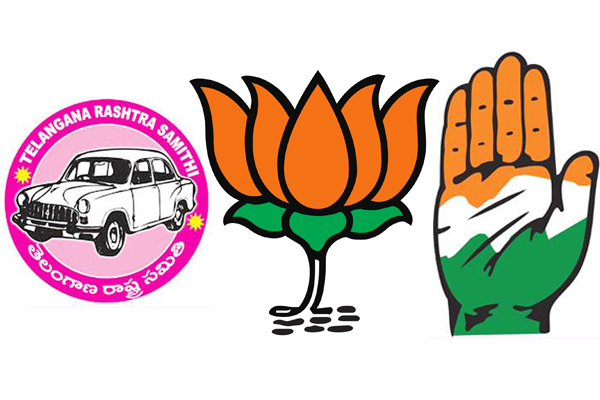 The exit poll results are out on Dubbaka by-election in Telangana. One poll said the TRS would win the seat while another poll predicted the BJP victory. Both the polls gave the third place to the Congress. As was said, the Congress party was on the losing spree in the State.

The results given by Third Vision Research and Services predicted a clean sweep for the TRS. It said that the TRS candidate would get 51 to 54 per cent vote share to get a resounding victory. The second place would go to the BJP nominee who would get 33 to 36 per cent vote share. The Congress would be left far behind the two main parties as it would get just eight to eleven per cent votes to stand in third place.

The exit polls gave a big blow to the Congress leaders, who made all out efforts to prove their existence in the State in the face of the onslaught from both the TRS and the BJP.