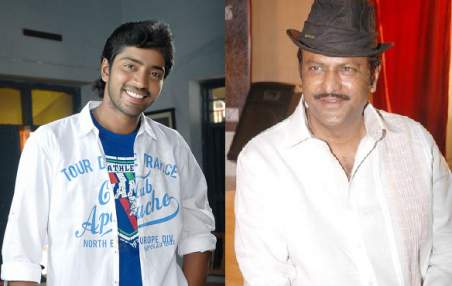 Manchu Mohan Babu and Allari Naresh are coming together to dish out a comic caper. This unique combination will be directed by Srinivas Reddy who is known for his comedy movies. Manchu Vishnu is overseeing the pre production work of this film and will produce the film on his home banner 24 Frames Film Factory. Veteran actresses Meena and Ramya Krishna will be seen in this film alongside Manchu Mohan Babu. This combo was last seen on silver screen in Allari Mogudu back in 1992. Poorna will be seen beside Allari Naresh. Achhu, Bappa Lahari and Raghu Kunche will be providing music for this film. This film will go on sets in the second half of August and will release in mid 2016.