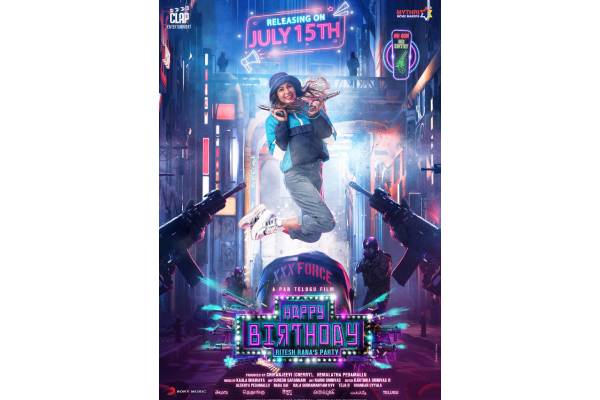 Mythri Movie Makers is the leading production house in Tollywood and the production house has lined up films with all the top actors. Ritesh Rana directed a small film Mathuvadalaraa in the past and his second directorial is titled Happy Birthday. Lavanya Tripathi played the lead role in this interesting attempt that is produced by Clap Entertainment in association with Mythri Movie Makers. The film is slated for July 15th release and a new release poster is out.

Lavanya is spotted handling two guns when she is surrounded by a bunch of rifles. Lavanya Tripathi wasn’t seen in many films in the recent times and she has good hopes on the film. The first look poster of Happy Birthday is out on the occasion of Lavanya Tripathi’s birthday. 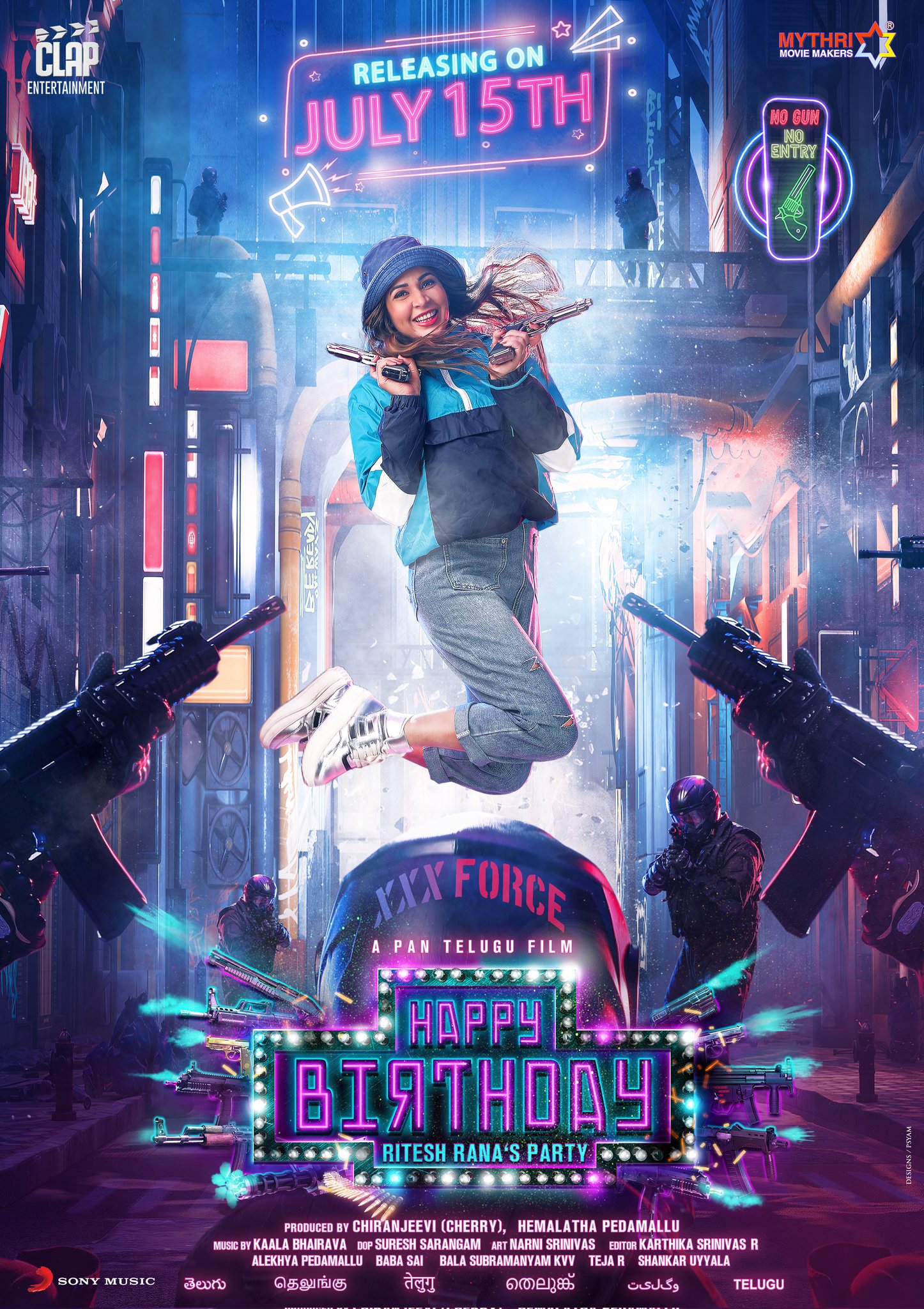