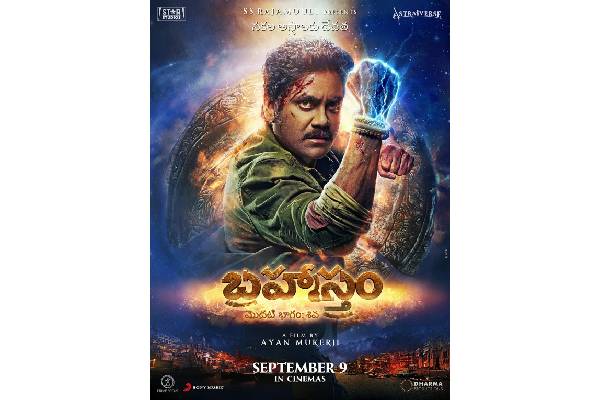 King Nagarjuna is making his Bollywood comeback after a long time. He will be playing a crucial role in Bollywood biggie Brahmastra which has Ranbir Kapoor, Amitabh Bachchan, Alia Bhatt and Mouni Roy in the lead roles. Ayan Mukerji is the director and this fantasy adventurous film is made on a budget of Rs 300 crores. Nagarjuna essays the role of Anish Shetty in the film and the first look of the actor is released. He is said to have the power of Nandhi Astra which has the strength of 1000 Nandis. The trailer of Brahastra will be out on June 15th.

Brahastra is heading for a pan-Indian release on September 9th. Karan Johar’s Dharma Productions and Star Studios are the producers of Brahastra. Shah Rukh Khan will be seen in a cameo appearance in Brahastra. The film was delayed by years due to the coronavirus pandemic. Brahastra is made as a trilogy and the shooting portions of the first installment is wrapped up.