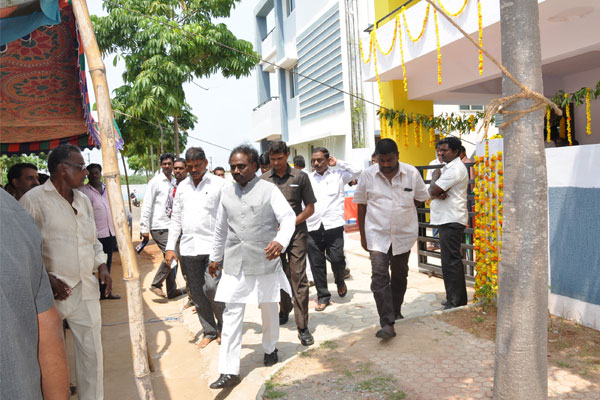 As part of the complete relocation of Andhra Pradesh government from Hyderabad to Vijayawada, Chief Minister Chandrababu Naidu started shifting of his office moving to Vijayawada in phased manner. Though a camp office has been set up in Vijayawada, the CMO is still based at secretariat Hyderabad. All his secretaries, including Principal secretary Satish Chandra, are still staying in Hyderabad, shuttling between Vijayawada and Hyderabad depending upon the need. Today, Naidu’s joint secretary Pradyumna is moving to Vijayawada. The 2004 batch IAS officer becomes the first IAS officer to shift his office to Vijayawada officially. Shifting of Pradyumna is expected to put pressure on the other senior officials, who are hesitating to take decision soon to leave cool comforts of Hyderabad .

Among the ministers, Social welfare minister Ravel Kishore Babu has become the first cabinet member to shift his base to capital region. Last Saturdy, he shifted to Rain Tree Park apartments opposite Acharya Nagarjuna University, Guntur. His family members performed pujas in the morning last Saturday. Many more ministers are expected to follow suit.