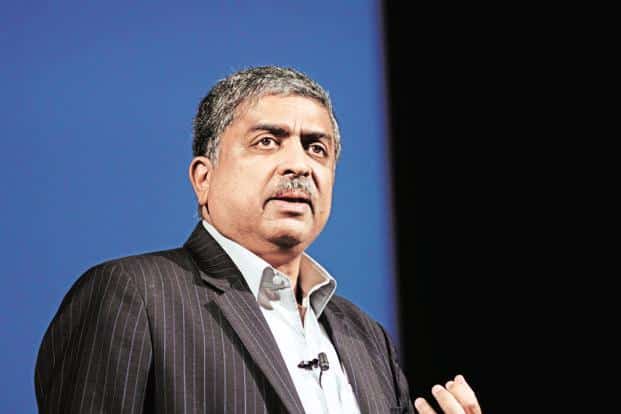 Infosys co-founder Nandan Nilekani is named as non-executive chairman of board with immediate effect on Thursday after an unanimous approval of the Board of Directors. Chairman R Seshasayee and co-chair Ravi Venkatesan have stepped down from the firm. Venkatesan will continue to be an Independent Director. Jeffrey S Lehman, John Etchemendy and Vishal Sikka resigned from the board. UB Pravin Rao will be the interim CEO

The stocks that had tumbled after Sikka’s exit can be seen rising after the new announcement. Nilekani reportedly said that he is delighted to return to Infosys and looks forward to working with his colleagues on the Board and in executive management.

Nilekani’s appointment brings back a founder on the Infosys board exactly after three years. Nilekani co-founded the information technology giant Infosys with Narayana Murthy and five others 36 years ago. He was the managing director and chief executive officer from 2002 till 2007. Later he had to leave the firm to build out India’s Aadhaar programme under the UPA regime.