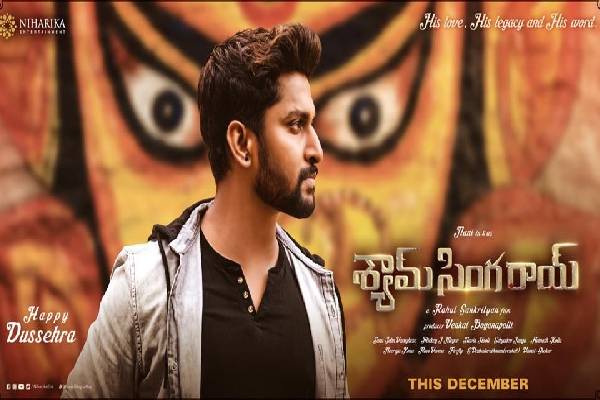 Natural Star Nani is done with the shoot of Shyam Singha Roy, a different attempt that presents Nani in a dual role. One of the looks have been unveiled long ago and the response has been unanimous. The makers released a motion poster on the eve of Dasara and the other look of Nani as Vasu has been released. Nani looks ultra-stylish in the look. The makers also clarified that Shyam Singha Roy will arrive in December this year.

Sai Pallavi, Krithi Shetty are the lead actresses and Jisshu Sengupta, Madonna Sebastian will be seen in other prominent roles in Shyam Singha Roy. The exact release date will be announced next month and Shyam Singha Roy is produced by Niharika Entertainment. Several top class technicians are working for Shyam Singha Roy and Mickey J Meyer is the music composer.

‘KALI’ is a ferocious form of
‘DEVI’🙏