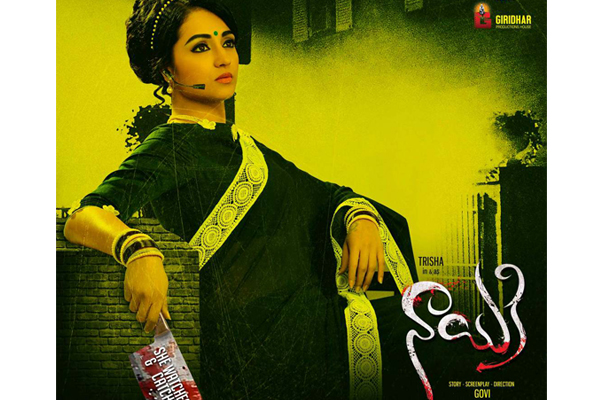 Leading South Indian heroine Trisha Krishnan is currently busy shooting for a female centric film,Nayaki, in the direction of Govi Goverdhan. The film, a horror comedy, has Trisha playing the role of a 20 old girl. Already, the team had wrapped up two schedules in Chennai and Hyderabad.

The unit is now back in Hyderabad for the third schedule and they are currently canning some crucial scenes in the outskirts. Poonam Kaur has been roped in for an important role and she has joined the shoot recently. Ganesh Venkatraman is playing the lead role in this film which is touted to be a horror comedy.

Giridhar and Raj Kandukuri are producing the film and Raghu Kunche is scoring the soundtrack for the film. Nayaki will simultaneously release in Telugu and Tamil.