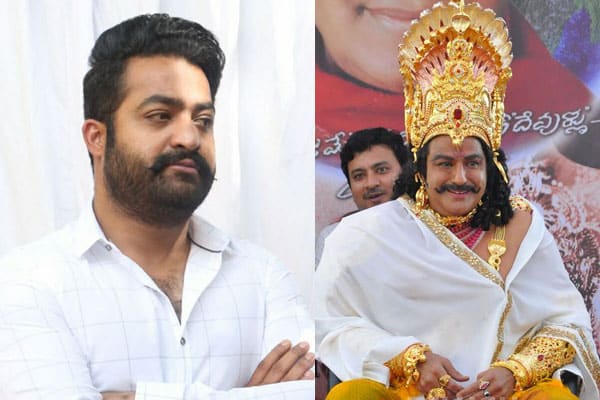 The biopic of legendary Telugu actor Nandamuri Tarak Rama Rao has been launched today morning in Hyderabad amidst great fanfare and grand arrangements. Vice President Venkaiah Naidu graced the event as the chief guest. While the invitations have been sent to the who’s who of Tollywood and everyone in the Nandamuri family, NTR’s grandson and Hari Krishna’s son NTR has been completely ignored for this biopic launch.

True that NTR and his mother once had few differences with Sr. NTR’s family and were distanced for most of family events. Later, they were accepted by the family and Hari Krishna also clarified many times that there is no rift with his son NTR.

NTR is also the star campaigner for TDP during the 2009 elections. Though he gave a miss to the last assembly elections, NTR’s name has once again surfaced among the party cadre for the upcoming elections. Apart from Balakrishna, NTR has also been carrying the legacy of the illustrious family by forming a strong fan base with his acting prowess.

Despite all this, NTR is being thoroughly ignored by Balakrishna and family for reasons only which they might know. Is this fair Balayya ?