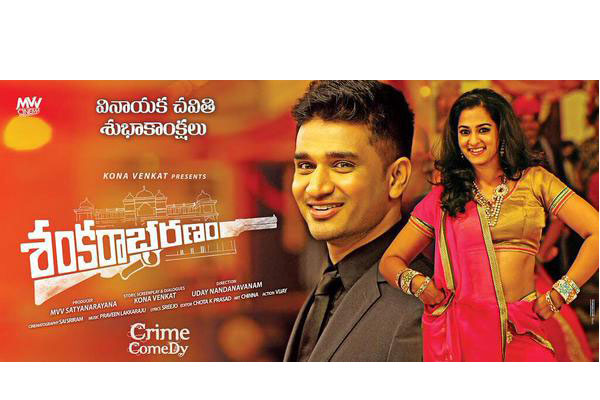 Young hero Nikhil who is known for selecting experimental scripts is all set to enthrall Tollywood audience with his next comedy thriller ‘Sankarabharanam’. According to the latest news, the film’s shooting was wrapped on Saturday and Gummadikaya pooja was also finished.

Posting a picture of the same, the actor tweeted, “Its a WRAP for SHANKARABHARANAM… Shoot done.. Pic from the gummadikaya pooja…”

Directed by debutant Uday Nandanavanam, Nanditha is playing as the female lead. Anjali is playing a special role in the film for which Praveen Lakkaraju is composing the tunes.

Ace writer Kona Venkat is producing this film which is set in Bihar backdrop is slated for Diwali release in November.