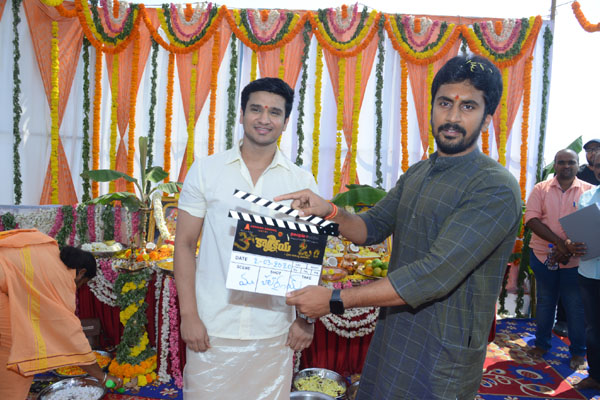 Young actor Nikhil and Chandoo Mondeti are teaming up for the second time for the sequel of their super hit film Karthikeya. The film got its grand launch today in Tirumala. YSRCP leader B Karunakar Reddy switched on the camera and the major crew was present for the launch. The concept video that is out yesterday looked unique and it received decent response. Karthikeya 2 will be made on lavish standards and will be shot across temples all over India.

The regular shoot commences this month. The female lead and other cast, crew will be announced soon. Kaala Bhairava is composing the music and background score for Karthikeya 2. People Media Factory and Abhishek Agarwal Arts are the producers. Karthikeya 2 will release during the last quarter of this year.