Young actor Nithiin is shooting for his next film in the direction of Hanu Raghavapudi which started rolling after a long delay. The movie is said to be a romantic entertainer and the shoot of the film is currently mid way. On the occasion of Nithiin’s birthday, the first poster of the film has been out and the movie as been titled Lie. It comes with a caption ‘Love Intelligence Enmity’.

Nithiin for the first time will be seen in a thick bearded look and moustache in Lie. Megha Akash is playing the female lead in the movie and veteran actor Arjun will essay a crucial role. The movie unit will shortly fly to USA and the shoot of Lie will take place there for 70 days with which the most of the film will be wrapped up. Manisharma is composing the music and 14 Reels Entertainments are bankrolling the film. 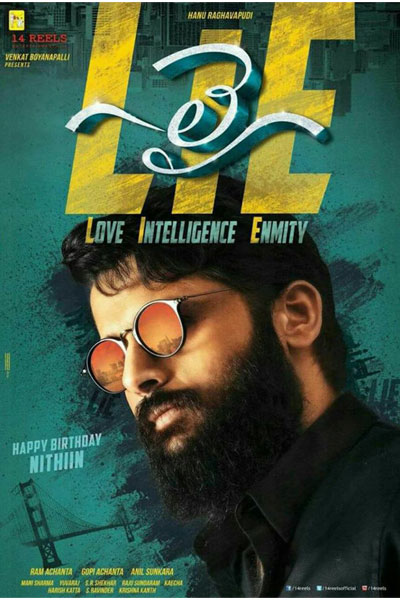