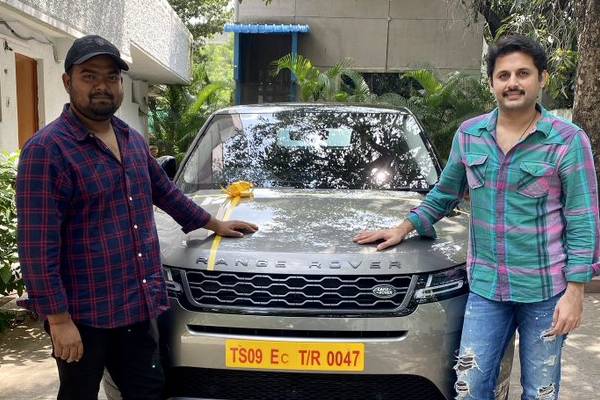 Young actor Nithiin who has been suffering for success returned back to the streak with Bheeshma that released early this year. Chalo fame Venky Kudumula directed the project which raked good money at the box-office. Venky Kudumula celebrated his birthday yesterday and marking the occasion, Nithiin gifted a brand new Range Rover for his director. Venky Kudumula posted the picture with Nithiin and the beast.

Nithiin is all set to resume the shoot of Rang De and release the film at the earliest. Venky Kudumula has commitments with various producers and is yet to announce his next film officially.

When u make a best film with the
best person, best things happen !
Thank you so much for this best birthday gift @actor_nithiin anna..
Love u loads.. 😍😘🤗🤩 pic.twitter.com/JX5cw38e6f