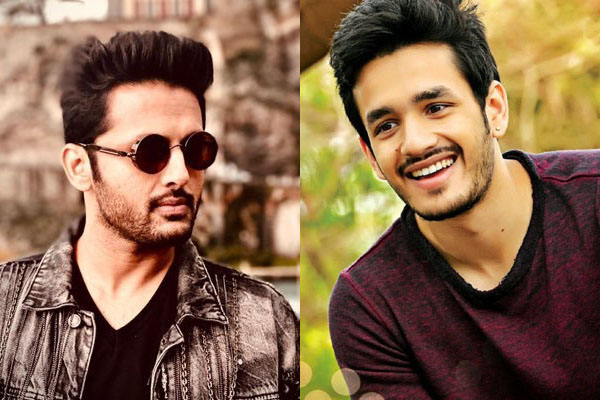 The new speculation that is making rounds in Tollywood is that young actor Nithiin is all set to bankroll Akhil Akkineni’s new project. Nithiin and Akhil are close buddies and it was Nithiin who launched Akhil to Telugu cinema. His debut film ‘Akhil’ was made on a budget of Rs 50 crores and the film left Nithiin in heaps of losses. Akhil promised to do one more film to compensate for the losses.

Now the duo decided to work together soon as per the ongoing rumors. The director of the project is yet to be finalized and things will be announced soon if the project happens. Akhil is busy with the shoot of Most Eligible Bachelor and Nithiin is shooting for Rang De. Akhil is yet to announce his next project while Nithiin has a solid line up of films.