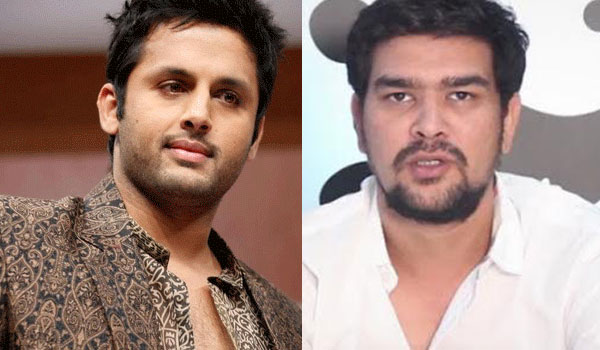 Young actor Nithin is on a roll these days. Owing to the long break which he took after his last release, he is now on a signing spree. He has already given the nod to his next two films which will be directed by Trivikram Srinivas and debutante Venu Mallidi. The latest update is that young lyric writer Krishna Chaitanya, who turned director with Nara Rohit’s Rowdy Fellow, will soon direct Nithiin in an untitled family entertainer.

Krishna Chaitanya has penned lyrics for various hit songs which include Nithin’s evergreen songs like Oh Priya Priya, Gundejari Gallantheyyinde and Chinnadana Neekosam. It is heard that he has narrated an interesting storyline to Nithin a few days ago and got the go-ahead signal from the actor. He is now busy completing the final script and Nithin’s home banner Sreshth Movies might produce this film. The project is likely to go on floors next year.