There is no change in the US’ H-1B visa policy, which is undergoing a review to ensure that it does not disadvantage US workers or wages, a senior Trump administration official has said ahead of next week’s 2+2 Dialogue during which India is expected to raise the issue of the work visa popular among Indian IT professionals.

The H-1B visa is a non-immigrant visa that allows US companies to employ foreign workers in speciality occupations that require theoretical or technical expertise. Technology companies depend on it to hire tens of thousands of employees each year from countries like India and China.

The Trump administration is pushing for a reform of the H-1B system, saying some IT companies were abusing the US work visas to deny jobs to American workers.

External Affairs Minister Sushma Swaraj told the Rajya Sabha last month that India was taking up the issue with the White House as well as with US Congressmen. “We will raise it humbly at the 2+2 dialogue on September 6 in New Delhi,” she had said.

Speaking on the condition of anonymity, a senior administration official acknowledged that it was prepared for India raising the H-1B issue at the 2+2 Dialogue, but added that it would not have much to say as the policy remained the same and was undergoing review.

“The Trump Administration’s executive order has called for a broad review of the US worker visa programme known as H-1B in the interest of ensuring that they are administered in a way that doesn’t disadvantage US workers or wages,” the official said. “But there has been no change to the processing of H-1B visas. So it’s really impossible for me to speculate on the outcome and any possible changes to the system. It is obviously an issue that is important to India,” the official added.

Recently, the US extended by over five months the temporary suspension of premium processing for H1-B visas as part of its efforts to clear the backlog. The H1-B visa has an annual numerical limit cap of 65,000 each fiscal year as mandated by the US Congress. The first 20,000 petitions filed on behalf of beneficiaries with a US master’s degree or higher are exempt from the cap. Additionally, H1-B workers who are petitioned for or employed at an institution of higher education or its affiliated or related nonprofit entities or a non-profit research organisation or a government research organisation are not subject to this numerical cap.

In July, a report by an American non-profit body claimed that there has been a substantial increase in denial of H-1B visa petitions of Indians by the US immigration authority as compared to people of other nationalities. According to the US Citizenship and Immigration Services (USCIS), between 2007 and 2017, it received the maximum number of 2.2 million H-1B petitions from high-skilled Indians. India was followed by China with 301,000 H-1B petitions during the same period. 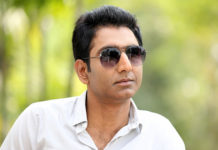 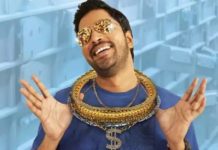