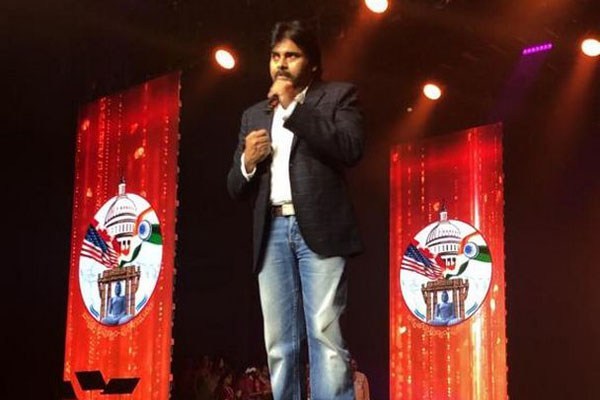 Without naming any particular leader, Pawan Kalyan made sensational comments during his visit to the TANA conference in Washington DC in America. He said that India is such a great country where the countrymen love their leaders a lot. But, unfortunately now, the people are afraid of their own elected leader. Such a leader will face certain downfall soon. He said that in India, nobody can use fear as a weapon to rule the people.

Jana Senani said that his party fought the recent election with due commitment to values and ethics. However, their party met with defeat. No regrets, as this defeat has indeed given him lot of pride. This defeat also gave me a new sense of courage, he said. Pawan asserted that he took the plunge into politics with the resolve to see what he could do but not what benefits he could get out of this.