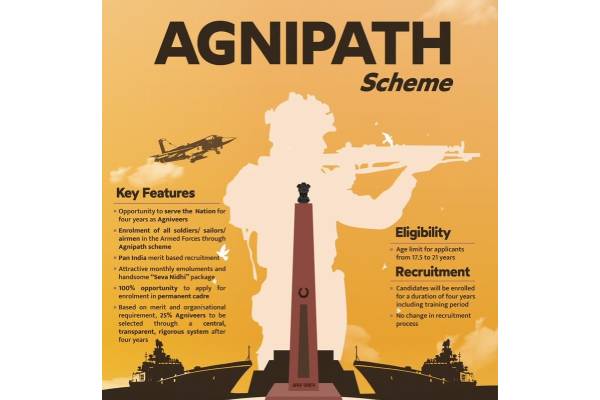 Even as the government has rolled out the Agnipath scheme, the National Students Union of India (NSUI) has intensified its protests in Andhra Pradesh. The student organisation led agitations in three universities over three days.

Setting out on a ‘Students Satyagrah’ from Krishna Devaraya University on Monday, the protests reached Ananthapur, Sri Venkateshwara University, Tirupati on Tuesday and Acharya Nagarjuna University, Guntoor on Wednesday.

NSUI National General Secretary Nagesh Kariyappa said that the central government should do a rethink on the Agnipath recruitment scheme in the armed forces. “The government should rethink about the length of service, provision of no pension for those released early, and the 17.5 to 21 age restriction that now makes around 35 lakh aspirants ineligible for the post, We will raise this issue on the streets, in the parliament and if necessary will go to the court, we got huge response in all the 3 universities we reached in last 3 days,” he stated.

Several students along with army aspirants participated in Tiranga rally inside the campus of Nagarjuna University on Wednesday followed by a signature campaign. Nagesh said that they will take the agitation to every university of the state by July 5. NSUI along with the leadership of the Congress will take up the issue in parliament and state assembly too, he added.