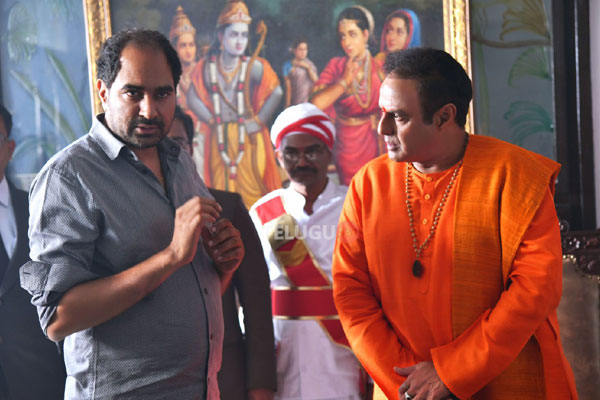 Nandamuri Balakrishna and Krish took a wise decision and decided to release NTR biopic in two installments. Krish will not need to chop off some of the episodes as the run time is not a barrier when the film releases in two parts. NTR is already hot in trade and both the installments of the film are sold separately and the film turned out to be a money spinner for the makers.

Krish is said to have been getting new ideas on regular basis and he is penning them and canning them on spot. Balayya too has been suggesting some additions and Krish getting new ideas made the film a lengthy one. However it is still unclear if all the added scenes will remain in the final copy of NTR. The real challenges starts at the edit table as it is quite difficult to chop of some of the interesting episodes.

It is a challenge to find the unwanted episodes from the film and remove them from the final version. Krish is in plans to add some of the scenes post release to get repeated audience. We have to wait and see how Krish handles the issue. NTR will release in two installments next year.

Exclusive: Trivikram in plans to patch up with Mahesh

If given a chance, Vishwak Sen loves to direct Mahesh Babu?