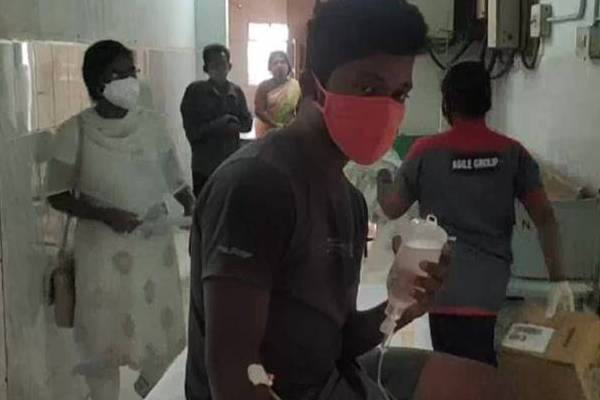 The outbreak of the mystery disease in Eluru town is posing a big challenge for the YCP Government. The officials have announced that there is no water contamination in the localities. In the past one week, over 250 persons were taken ill. Tonight, one person succumbed to the illness.

A 45-year-old named Sridhar, a resident of Vidyanagar locality, passed away while receiving treatment at the Eluru hospital. The family members turned angry and criticised the negligence of the health officials for the death. The local people have been blaming the ruling YCP leaders for not taking timely steps to prevent the tragedy.

Alarmingly, all the patients were showing similar symptoms like frothing at their mouths and falling unconscious. The health officials were waiting for some more test reports to confirm the exact disease that was affecting the residents. Initially, there were reports that toxic gases from underground drainage have affected the people.

The Opposition TDP has demanded an impartial inquiry into the incident. It said that the YCP Government was failing in all emergency situations like cyclones, Covid, etc.