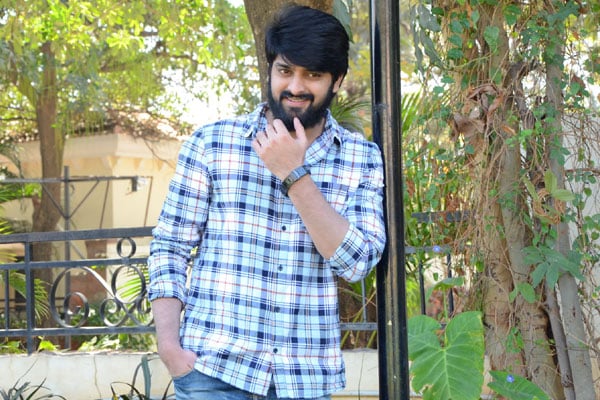 Young actor Naga Shaurya is back with a bang and his recent outing Chalo ended up as the biggest hit in the actor’s career. What’s more exciting is that Naga Shaurya’s home banner IRA Creations bankrolled the movie. Rashmika Mandanna, Kirik Party fame played the female lead in this romantic entertainer. The actor is on a break and is enjoying the success of the film. Lined up with several project, the actor will start shooting for his next film in the direction of Srinivas Chakravarthy this month and the film has been titled Narthanasala.

Simran Pareenja who is one among the female leads in Nikhil’s Kirrak Party has been locked to romance Naga Shaurya in the movie and the makers felt that Simran is apt for the role. She has been roped in even before the release of her debut film in Telugu. Narthanasala will be bankrolled by IRA Creations and the film will hit the screens later this year. Naga Shaurya after Rashmika Mandanna managed to get one more Kirrak Party girl for his next film.