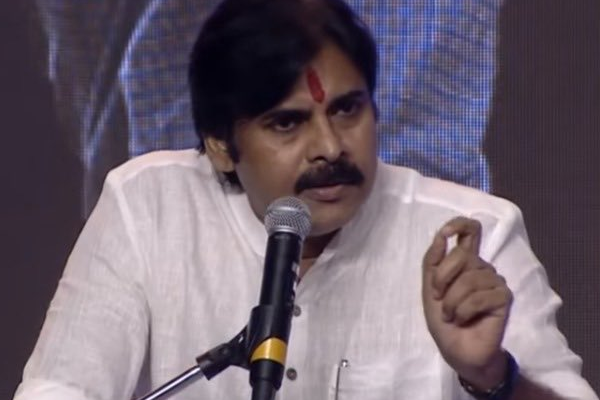 Pawan Kalyan speech in the pre release function of Republic Movie gave goosebumps to his fans. During his speech Pawan criticised Mohan Babu silence on Jagan’s decision on Film industry.
Details as follows

It is known news that Jagan government is planning to sell Movie tickets through a government portal. This GO would be catastrophic on Film industry, if fully implemented. Chiranjeevi recently requested Jagan government to reconsider the decision. While Chiranjeevi requested politely, Pawan came down vehemently on the government. At the same time he criticised Mohan babu for being silent on this issue. He reminded that Mohan babu is a close relation to YS family. He questioned why Mohan babu is silent on the issue pertaining to Film industry despite being a close relation of Jagan. He also reminded that Mohan Babu is Ex parliamentarian and so he has more responsibility.

First they came for the socialists, and I did not speak out—
Because I was not a socialist.

Then they came for the Jews, and I did not speak out—
Because I was not a Jew.

Then they came for me—and there was no one left to speak for me.

Pawan reminded above prose to Mohan Babu and told if he doesn’t speak today, tomorrow YSRCP leaders may target Mohan Babu’s Vidyaniketan institute and then none would be there to speak for him. We need to wait and see whether Mohan Babu would respond to this issue or not.