Controversial director Ram Gopal Varma never leaves an opportunity to criticize and embarrass others for media attention. Now, he targeted Jana Senani once again. Pawan Kalyan has said that his rivals spent Rs 150 crore to prevent him from entering the Assembly. Varma said mockingly that if the voters were really favouring Pawan, they would have taken money from his rivals but would have finally cast their votes for him.

Varma told Senani not to insult the voters for they would select their leaders as per their wishes. Jana Sena has become a target for many because of its disaster in the election. It could win just one seat in East Godavari district.

PK saying he lost becos 150cr given to voters is a real insult to voters bcos he’s saying people who he wants to serve r corrupt.If voters wanted him they could take money from othrs nd still voted him.If PK also has to give money for votes what’s point in being PK? Just asking 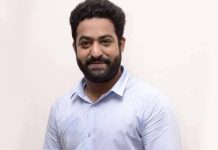