Chicago-born Anu Emmanuel might not have bagged a career-altering hit so far yet she is now the cynosure of Tollywood filmmakers. After appearing in films like Majnu and Oxygen, the svelte beauty is set to become the next big thing in Tollywood with big ticket films like Agnyathaavaasi and Naa Peru Surya, in which is paired with Pawan and Allu Arjun respectively, slated for release next year.

She is easily one of the most sought after actresses in South India at present. Currently busy shooting for Naa Peru Surya and Shailaja Reddy Alludu, Anu Emmanuel is flooded with numerous offers in Tollywood and Kollywood. As reported earlier, she is in talks for NTR’s next with Trivikram Srinivas and also for Danayya’s film with SS Rajamouli. Sources say that she is most likely to come on board for both these projects.

Apart from these offers, she has also been approached for a couple of Tamil biggies and three medium budget films in Tollywood which are likely to commence next year. Though she is yet to sign on any of these projects, it is believed that she is likely to have a choc-a-block diary till the end of next year.

No doubt, if the Majnu actresses manages to impress audience with her role in Agnyathaavaasi, she will definitely rule the roost in South cinema for the next couple of years. 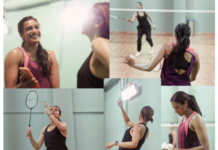 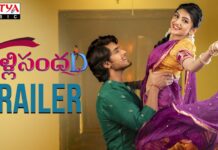