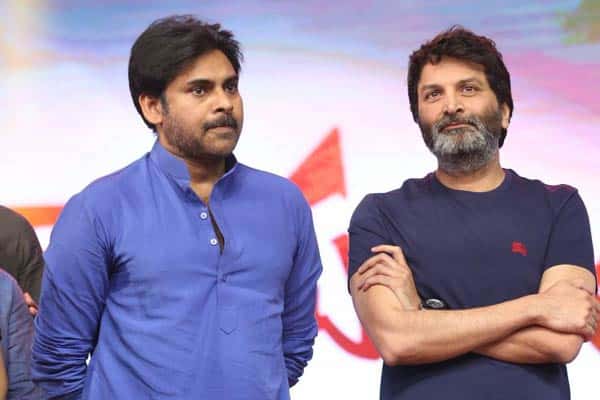 Powerstar Pawan Kalyan teamed up back with Trivikram Srinivas for the third time after Jalsa and Atharintiki Daaredi. The movie is said to be an emotional entertainer and Pawan will essay the role of a software professional in the movie. Pawan Kalyan is shooting for the movie in a specially erected set in Ramoji Film City, Hyderabad for the film. Tamil young music sensation Anirudh Ravichander has been roped in to compose the music for this film.

As per the news, Pawan and Trivikram wanted a folk song in the movie and Anirudh came up with a peppy tune which impressed the duo. The song has been recorded recently and will be shot soon. After an impressive number like Katamarayuda from Atharintiki Daaredi, Trivikram and Pawan Kalyan are all set to recreate the magic once again with a folk song. Keerthy Suresh and Anu Emannuel are the female leads in this movie which is bankrolled by Haarika and Hassinee Creations banner. The film will have its release during September this year.