Kannada girl Nabha Natesh is a sensation in Telugu cinema. After the super success of Ismart Shankar, Nabha Natesh turned a signing spree and is lined up with a bunch of projects. A sensuous pose of the actress is now trending across social media. The actress gained immense craze for her glamorous photoshoots and has enough number of followers. Nabha Natesh is shooting for Sai Dharam Tej’s Solo Brathuke So Better, Bellamkonda Sreenivas’s Adhurs Alludu. Nabha Natesh is in talks for several other Telugu films. 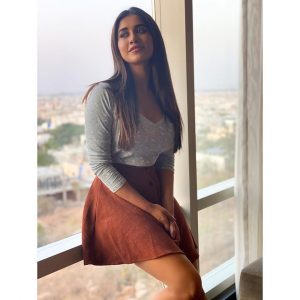