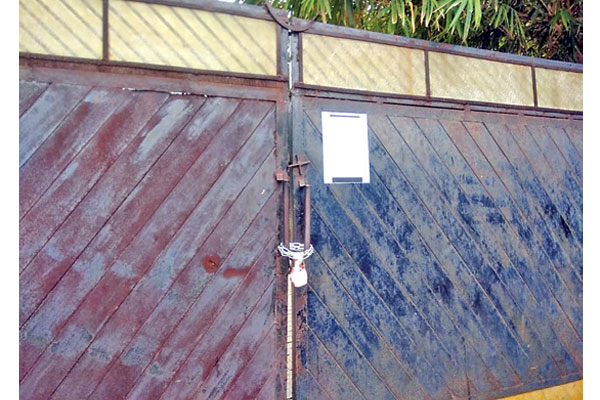 Telangana government officials are taking strict action against illegal structures erected across the limits of GHMC. The revenue officials demolished some illegal structures in and around Rayadurgam region yesterday. Young Rebelstar Prabhas owns a guest house in the region and it has been seized recently by the officials.

Rayadurgam’s Paiga region is expanded across 84.30 acres and the dispute has been in court from the past few years. The court announced the verdict three months back that the entire lands belongs to the Government. Right after the election fever came to an end, the revenue officials decided to demolish all the illegal constructions in the region. With no one available in Prabhas’s guesthouse, the officials seized the property informing that it belongs to Telangana Government. Notices have been pasted on the property’s gate.