Switch to: తెలుగు
Home Politics Professor Nageshwar – Why TRS plans to merge Congress in it? 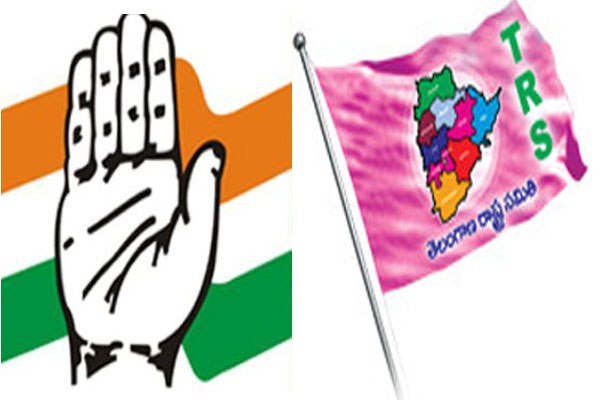 The ruling TRS is on a hectic plan to lure as many as Congress MLAs to its fold so that the grand old party loses its existence in the state legislature. In 2018 Assembly elections, the Congress won 19 seats. Among whom 12 have already shifted their loyalties to the ruling party. In its first innings too, the TRS executed Operation Aakarsh and poached several of the opposition MLAs. The chief Minister KCR had a justification for this politics of encouraging defections. According to KCR, the opposition was hatching out a conspiracy to destabilise his government in a bid to prove that Telangana experiment was a failure. The TRS won 63 out of 119 seats. The smaller margin for TRS gave credence to KCR claims. Congress has a history of undertaking such operations to weaken its political rivals. But, in the elections held after premature dissolution of the state assembly, the TRS won 88 seats and two independents joining the party took the tally to 90. Still, the TRS continues with its policy of encouraging defections from opposition parties. The two TDP MLAs are in TRS fold. The TDP lost its hopes in Telangana as the party is seen as Andhra origin party. With the TDP leaders losing the confidence of revival in Telangana, they have a reason to defect. But, the Congress MLAs who won the mandate primarily opposing the TRS regime are joining the party claiming that they want to strengthen the hands of KCR who is developing the state. The fact remains is that the ruling TRS is luring opposition MLAs in a bid to stifle the dissent.

Chief minister KCR has a special plan designed at Congress. The TRS has already lured 12 Congress MLAs. It hopes to get the support of one more MLA so that the two-thirds of Congress legislature party would merge with TRS to avert the action under the anti-defection law. The TRS played the same trick in the Legislative Council with both the Congress and the TDP legislature parties merging with TRS. Judiciary has to pronounce its verdict on the legality of such a merger exploiting the provisions of the anti-defection law. But, the political intent in these machinations is very clear. The TRS has already succeeded in stripping the Congress its status of the main opposition party. The Congress needs at least 10 per cent of the strength of the legislature in this case 12 to retain the opposition party status. The party has already lost it. Now, the TRS intends to unveil the MIM as the opposition party with the highest number of MLAs. The MIM has seven members in the house. If the Congress loses its 13th legislator, the party would only have six MLAs lagging behind MIM. Thus, a friendly party assumes the role of the main opposition party.

With this, the Congress would not just lose the main opposition party status, it would also demoralise the party and incapacitate it from launching any agitations in the next four to five years. The TDP is decimated from the state. The YSR Congress which won an MP and three MLA seats in 2014 has withdrawn from Telangana politics and is most unlikely to return given its interests in Andhra Pradesh. Even if it comes back it would be playing a role of further weakening the Congress vote base. The YSR Congress and TRS enjoy comradely relationship. KCR may even bring in YSR Congress to further weaken the Congress. The social base of YSR Congress and the Congress remain the same and any presence of Jagan’s party would only harm the interests of Congress.

The BJP’s tally has come down from five in the last assembly to only one. The CPI and the CPI(M) fail to get any representation in the state legislature. The BJP’s national leadership do not yet consider KCR as a foe given the coalition compulsions at the centre making the saffron party fight for proper political space in the state.
Meanwhile, the Congress moved High Court on the plans contemplated by the TRS. But, the Telangana High Court refused to take up urgent hearing on the Congress petition.