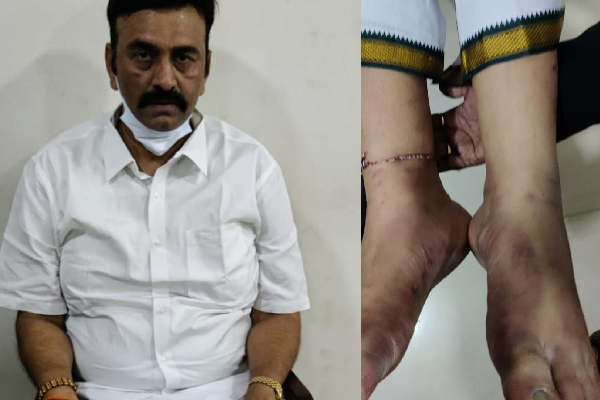 Sensational details were revealed in the medical report of the Secunderabad Army Clinic on the health condition of YSRCP rebel MP Raghurama Krishna Raju. The contents of the report were disclosed in the Supreme Court of India. Justice Vineet Saran opened the sealed cover and read out the contents of the report. The Justice said that the report confirmed the presence of fractures in the legs of Mr. Raju.

Senior advocate Mukul Rohatgi, who was arguing on behalf of Mr. Raju, said that the report of Army Hospital has now confirmed that Raghurama Raju was put to ‘custodian torture’. Mr. Rohatgi demanded an immediate investigation into the custodial violence resorted to by the officials against Mr. Raju. He asked what would be the plight of the common man in Andhra Pradesh if a sitting MP was put to such torture.

Arguing on behalf of the Government, senior advocate Dushyant Dave said that he would not be able to say whether those injuries were self-inflicted by Mr. Raju himself during his shifting from Amaravati to Secunderabad Army Hospital. The judge asked Mr. Dave whether he was really suggesting that the MP might have inflicted those fractures upon himself before joining the Army Hospital.